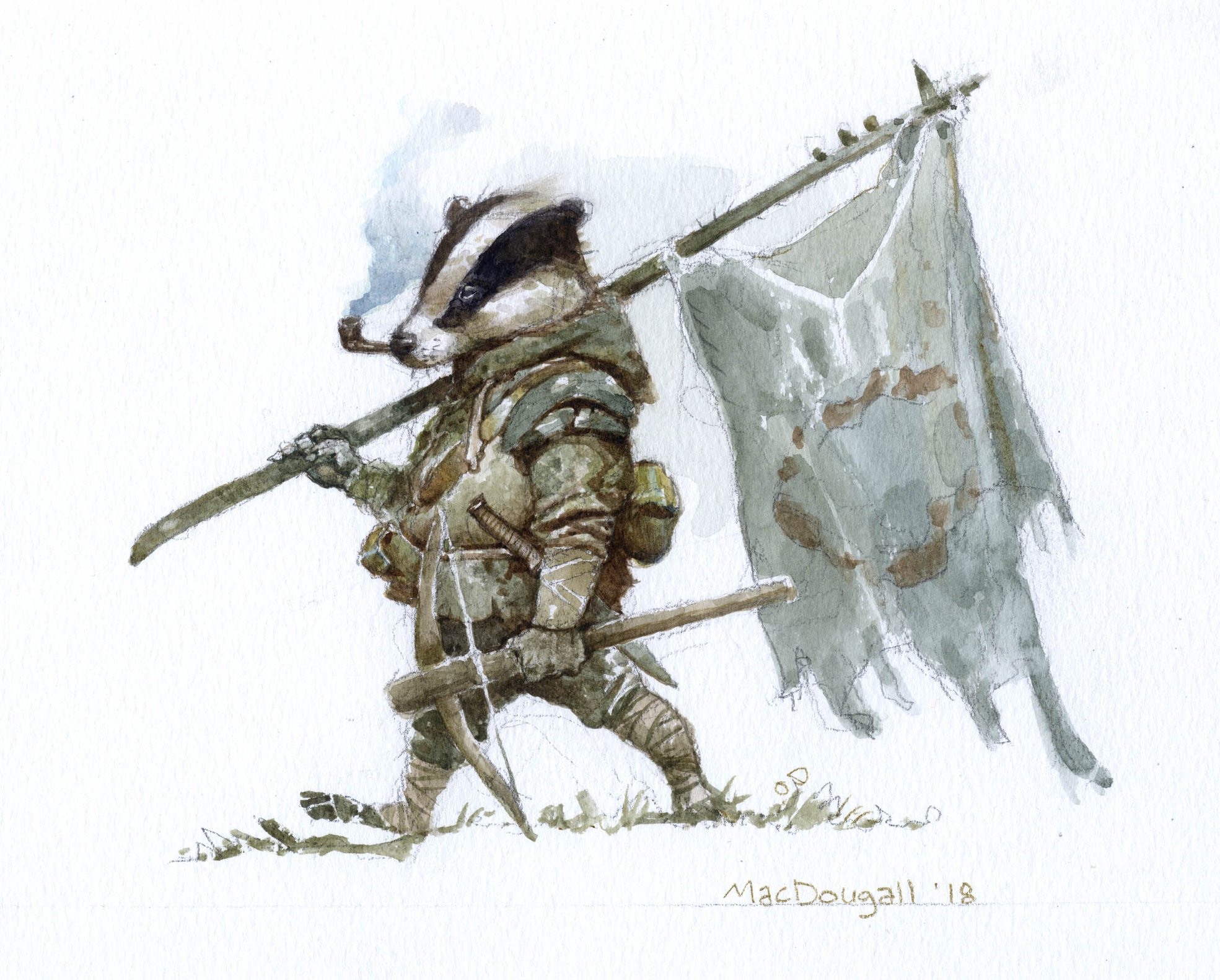 Art by Larry MacDougall
I'm (obviously) a huge fan of cute little Redwall-style talking animals, and planning to run a new Dolmenwood campaign in the next few weeks. Dolmenwood has these adorable Wise Beasts so here's a class so you can play as them and some tables to flesh them out. 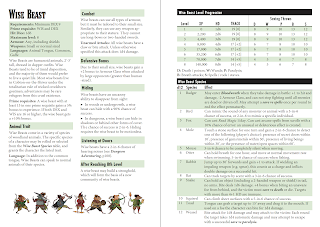 Requirements: Minimum DEX 9
Prime Requisite: WIS and DEX
Hit Dice: 1d6
Maximum Level: 8
Armour: Any, including shields
Weapons: Small or normal sized
Languages: Animal tongue, Common, Gaffe (language of the crookhorn goatfolk)
Level Progression and Saving Throws: As Dwarf
Wise Beasts are humanoid animals, 2'-3' tall, dressed in dapper outfits. Wise Beasts tend to be of timid disposition, and the majority of them would prefer to live a quiet life. Most wise beasts live  in Cobton-on-the-Shiver under the totalitarian rule of wicked crookhorn goatmen; adventurers may be rare refugees from this cruel existence.
Prime requisites: A wise beast with at least 13 in one prime requisite gains a 5% bonus to experience. If both DEX and WIS are 16 or higher, the wise beast gets a +10% bonus.
Abilities
Animal Trait
Wise beasts come in a variety of species of woodland animal. The specific species of a character may be rolled or selected from the below table, and gives the character the listed trait. In addition to the common tongue, Wise Beasts can speak to normal animals of their species.
Combat
Wise beasts can use all types of armour, but it must be tailored to their small size. Similarly, they can use any weapon appropriate to their stature. They cannot use long-bows or two-handed swords.
Defensive Bonus
Due to their small size, wise beasts gain a +2 bonus to Armour Class when attacked by large opponents (greater than human-sized).
Hiding
Wise beasts have an uncanny ability to disappear from sight:
▶ In woods or undergrowth, a wise beast can hide with a 90% chance of success.
▶ In dungeons, a wise beast can hide in shadows or behind other forms of cover. The chance of success is 2-in-6. Hiding requires the wise beast to be motionless.
Listening at Doors
Wise beasts have a 2-in-6 chance of hearing noises.
After Reaching 8th level
A wise beast may build a stronghold, which will form the basis of a new community of wise beasts. 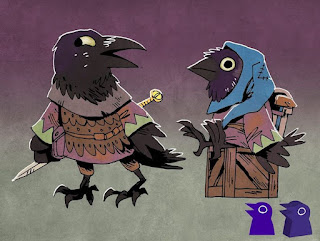